One of the greatest challenges as a full-time hitting coach is getting my students to take the same swing that they do in the batting cage when they are playing in a game. One of the most common phrases uttered by parents during lessons, after a kid crushes a ball is "why can't you swing like that in a game?!?" While that phrase often times makes me cringe (front-toss is hardly a comparison for live-pitching), there is something to be said for the hacks taken in a cage versus on the playing field.

As a full-time hitting coach, I get it. Parents spend all this money to build a swing that they hope translates in between the lines on the field of play. You work countless hours on improving your bat speed, mechanics, and timing with various drills and exercises. But swing building should stay in the cage. Practice is for tweaks on your swing, from back elbow drills to front foot mechanics. Practice is where you build a swing that is repeatable and explosive. Practice is where you get so comfortable with your swing that you don't have to think about it during a game.

So stop thinking about it.

Game day is where we get a chance to show off that swing that we have been working so hard to build. If you have put in the proper work, there shouldn't be a need to think about mechanics during an at bat. It should feel like second nature. In fact, if all we do is worry about our swing when a pitch is being fired at us, we are at an extreme disadvantage. Keep in mind, we not only have to assess a pitcher's speed, location, and spin in less than half a second to make sure we HAVE A CHANCE to hit it squarely. If we add more things to think about, like our back shoulder or our extension, we have NO CHANCE. Hitting is the hardest thing to do in sports. Hitters need to focus on the game itself, on the task at hand, not the ins and outs of swing mechanics. What we need to focus on is how to make MEANINGFUL ADJUSTMENTS during a game. In other words, we need to try to make adjustments that can actually be made immediately.

I see it all the time. A hitter pops up, and immediately is told by their coach that they "dropped their hands" or "dipped their back shoulder". Then, in the second at-bat, you see a stiff, far-from-relaxed hitter take strike three because they were spending too much time thinking about their previous at-bat and all that they did "wrong". What we have here is an INTERNAL approach to hitting, where all we think about is what our body is doing and what adjustments we need to make with our body. INTERNAL approaches lead to hitters who often blame themselves for anything and everything that goes wrong during a game. They also struggle to make MEANINGFUL ADJUSTMENTS during a game, because the adjustments they are trying to make require considerable time in the cages to work out. As a hitting coach, it can take MONTHS to work out a mechanical flaw in the cage. The batters box is hardly the place to be thinking about such adjustments.

A hitter with an EXTERNAL APPROACH during a game might pop the same pitch up, but will make different adjustments. For example, a hitter with an external approach might tell themselves to aim higher, try to hit the top of the ball, or simply try to lay off of that pitch that the pitcher threw. Both of these are MEANINGFUL ADJUSTMENTS, because they can be implemented right away. Swing higher, or don't swing at all. Neither of these have anything to do with adjustments being made to mechanics, but rather to playing the game itself.

Hitters with an EXTERNAL APPROACH often speak about the game differently. They are much more willing to admit when a pitcher simply beats them, which DOES happen. In my experience as a coach, hitters who focus on external factors have a much more positive view of themselves as hitters. They recognize when they are able or unable to make meaningful adjustments during a game. They recognize when a pitcher has a better skill set than they do as a hitter. But most importantly, they recognize that HITTING IS HARD, and that you will fail more than you succeed.

HOW TO CREATE AN EXTERNAL APPROACH

In order to create an external approach during a game, we must first create an internal approach in the batting cage. Hitters should work so hard, and rack up so many reps of the things they learn in practice, that the swing becomes second nature. Simply put, a hitter should know where their barrel is during any point during the swing. Once we have barrel control, as hitters we can begin to assess what we are good, and bad, at hitting. For some hitters, it can be inside or outside pitches. For others, it can be change-ups or high fastballs. Whatever your deficiencies may be, you have to know them and be honest with yourself as a hitter so you don't end up exposing your weaknesses. Hitters should always work to minimize their weaknesses, but until they are strengths, they have to be aware of them, and create a swing that allows them to be successful.

After we know our strengths and weaknesses, and create a swing that we can repeat without thinking, we can then formulate a game-day plan. In this plan, we will weigh our weaknesses vs. the pitcher's strengths and tendencies. For example, if I struggle with faster pitching, and this pitcher throws hard, a MEANINGFUL ADJUSTMENT might be to move back in the box. If the pitcher has an excellent change-up that is thrown when ahead in the count, I might start to sit on that pitch if the count tips in favor of the pitcher.

Also, when creating an external approach, consider the situation at hand. Are there runners on base in scoring position? A fly ball might be a good result (other than a line-drive, which is always the best result) to help score a runner, so we can start looking for pitches up in the zone. Or if the pitcher has 15 K's against you, and you just want to make sure you get the bat on the ball in the 7th inning to make something happen. Whatever the case, external approaches are EASIER to adjust in the middle of the game.

A game is not the time to be thinking about how long your front shoulder stays down, or how early your hips turn. That is why we practice. Practice builds the swing. Games showcase our hard work. As coaches, we have to be mindful of the cues we give from the dugout to our hitters. Remember, if we hit a weak ground ball, it isn't always the fault of the hitter. Sometimes the pitcher flat-out throws a great pitch and beats the hitter. Focus on external cues to help us adjust right away, to take the swing we have AT THE MOMENT and put ourselves in the best position possible to put the barrel on the ball more frequently. If a hitter has to think about mechanics during a game, it is usually a sign that a hitter is unprepared.

Consider the quote at the top of the article: "Don't practice until you get it right. Practice until you can't get it wrong." If we work hard to create a good swing that we can't get wrong anymore, a SWING WE CAN TRUST, only then can our focus can then be on the EXTERNAL vs. the INTERNAL. That is how we create game-day swings that look like our practice swings. 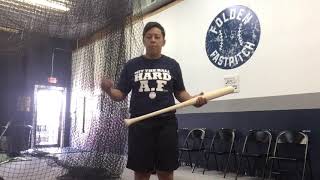 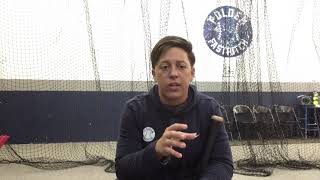 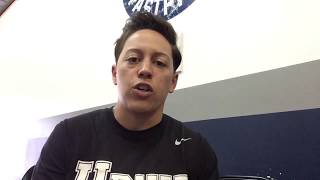 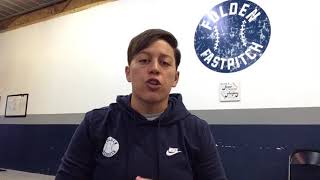 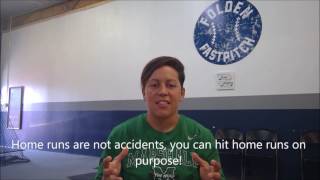 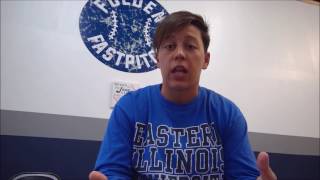